Skip to content
Home Teaching ➞ You Really Are The Worst, Brother.

So I just finished my fourth week of school at my new site, Colton Middle School.  By the end of the second week, a couple of my students had already set themselves apart by showing up tardy multiple times, frequently wandering around class without permission, and incessant socializing.  Also, they have previous records of fighting and defiance at school.  They have quickly become pains in my ass.  However, I caught them doing something interesting every so often–concentrating on their work.  That made me think of one of my past students from the 2012-2013 school year.  I’ll refer to him as… Loki.

Loki was a really negative, slightly overweight, foul-mouthed, hardened kid.  He frequently wore a black t-shirt or black jacket and spiked hair.  His grades were mostly of the D and F varieties in all his classes.  I remember having to send him to the office once for talking to and distracting others for the umpteenth time, and refusing to go to the class next door for a 5-minute timeout.  Plus, he would try to make anything cool sound stupid.  For example, the school let me teach a self defense class at the time.  I’d take a small group of students outside where there was more room to work.  One day while teaching a knife defense technique, which the kids were REALLY into, Loki happens by.  He wasn’t supposed to be there, but since he popped by, I asked him if he wanted to join us?  He replied, “Nah, what you guys are doing is stupid.”  There was no winning or impressing this guy.

Some time passes, and I found myself in the middle of my physics unit.  My students had just learned how to calculate the net force on an object.  I passed out a practice worksheet to all my pupils and let them work.  As I scanned the room to monitor the kids, I noticed Loki working.  He wasn’t talking to or disturbing anyone.  He was focused completely on the assignment.  A little more time passes and I catch Loki doing it again–working!  This got me curious.  I looked at his file and though his grades had never been stellar as a whole, he did earn the occasional C or B.  I further discovered in his file that English was not his first language and that he has struggled in the subject of language arts since the very beginning of his education.  I spoke with his math teacher at the time, the great Douglas Gage (one of the most experienced and compassionate teachers over at Ruth O. Harris Middle School) and he told me that Loki and his family lived in poverty and had “nothing”.  All this data made me realize a couple of things about Loki.  First, he would work on some days because the assignments given on those days were easy for any 8th grader to do (for instance, all he had to do for the net force worksheet was add or subtract, and there was almost no English language skill required).  Second, and most important, Loki wanted to do well.  He just didn’t know how.  He had been hit with so much hardship and failure, that he (almost) completely gave up on anything school related, hence his hesitation at trying hard in his classes or even at giving my self defense class a shot.  BUT, his work ethic hadn’t completely died.  I saw with my own eyes that he was willing to try with the easy stuff.  That let me know somewhere buried deep down under the debris of his crushed soul, there was some small piece of it still intact.  I just needed to nurture it.

I decided to have a pep talk with Loki the next chance I got.  The following day, after having given my instructions to the class, I pulled Loki aside to a corner of the class.  He grudgingly got up and walked over to me, probably expecting a scolding.  “I know you care about your grades.  If you didn’t you wouldn’t bother trying to do the work I give you,” I told him.  “I think you want to do well, but you don’t know how.”  He stood there silent looking away from me.  “I’ll help you.  Do what you can and if you get stuck, call me over and I’ll be right there,” I continued.  “If you need a break, let me know and you can walk around the back of the room or I’ll send you to the restroom or somewhere else, but please let other people work.  Okay?”  He nodded his head.  I asked him to sit back down and continue his hard work.  After that, I called Loki’s mother a few times and left messages (she NEVER returned a single call from me for either the one year I had Loki, nor the other year that I had his older brother) stating that her son was intelligent and was trying really hard in my class.

Loki continued to misbehave on occasion and he managed to scrape by with a D.  I still had to remind him several times every week that I knew he wanted to do well and that I would help him get through it.  A quick glance at his 8th grade year would lead anyone to believe Loki was a completely unremarkable child.  However, a deeper look would reveal that in the second semester, I no longer had to apply any negative consequences to redirect his behavior.  A simple, gentle request or pep talk from me was enough to get him back on task.  Though a D in science would not garner him any awards, it was light years better than the 20- or 30-something percent F he had for most of the school year.  He took me up on my offer of help on multiple occasions in the final 4 months of school.  What I remember most/best about this kid was that despite the figurative head-butting we had been doing all year, he let me put my arm around him on the last day of class and tell him that if he ever needed anything, he could just drop by and ask.  He said, “All right, thanks, Mr. Vo”.  That was the most gratitude I had ever gotten from him.  The bell rang shortly after and he left.  I never saw or heard about him ever again.  I like to think he went on to graduate from high school.

Fast forward to August 2018.  So these two pain-in-the-ass kids, whom I will refer 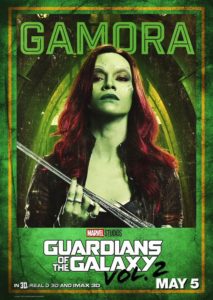 to as Drax and Gamora, reminded me so much of Loki that I decided to treat them exactly the same way as I did him.  I sent home positive messages to their parents praising their kids for having the courage to try to improve in spite of their past academic failures.  After these messages and multiple “I-know-you’re-trying-to-do-better” speeches, I saw even more effort from them.  Both kids have completely stopped arriving late.  They have been on time everyday this past week.

Also, both kids brought up their grades from failing.  Gamora was a chatterbox and I

knew there would be no way to plug up that leaking dam of a mouth she had, so I partnered her with an equally talkative student who actually had good grades.  I’ll refer to this partner as Nebula.  It was the perfect match.  I had stuck Nebula at a table with two super quiet, shy kids whom she didn’t know to neutralize her incessant talking.  It worked, but I felt bad for her because she had this look of utter loneliness all the time.  Teaming Gamora up with Nebula worked out nicely because Nebula got someone she could talk to, and Gamora got someone who would help her out academically.  Gamora’s current grade is a C.  Not bad considering she had a 0% F just a little over a week ago. 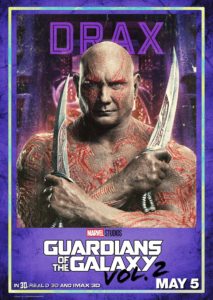 As for Drax, he managed to bring his grade from an F to a D by the end of last week.  On Friday, Aug 24, I noticed he was really chatty and off task once again.  I asked him nicely to refocus, but he kept getting distracted.  I was honestly getting upset with him because I had been going out of my way to send home nice messages about him and supporting him, only to be repaid in disruptive behavior.  I asked him to stay for a minute after class so we could talk before going to lunch.  He complied and when I asked him why he was so talkative that day, he told me it was because there was a girl who was to talking to him.  He then surprised me by asking if he could be moved somewhere else in the classroom so he could be away from her.  Still in shock at his request, I showed him the seating chart and pointed out two tables with open seats.  There was one with ALL QUIET, SHY GIRLS.  The other table had 1 boy and 2 girls.  Drax shocked me yet again by choosing the table with ALL QUIET, SHY GIRLS!  He’s been sitting there for a week and I have hardly noticed his presence in class.  My only memories of Loki for this past week are of him doing his work.  He even stayed in my class for almost all of lunch yesterday to finish up his missing assignments.  As of this writing, the B he currently holds in my class is the highest grade he has out of all his classes.

My point is that it’s really easy to overlook the fact that some of our toughest students genuinely want to improve.  They just can’t see the path.  We have to keep our eyes open for those moments when they’ve mustered up the courage (and it IS COURAGE) to try, and give them the support they need to get through that problem, or sentence, or paragraph, etc.  I could have saved myself a lot of time and energy by just blowing off kids like Loki, Gamora, and Drax.  I could have just punished them with detentions, timeouts, referrals to the assistant principal, negative parent contacts, but all that just treats the symptoms.  What we really want to do is cure the disease.  So, I know it’s exhausting and time consuming, but I’m telling you to do it.  Make those nice phone calls.  Tell the kids you believe in them.  Make a big deal out of the smallest of improvements your kids achieve.  Take some time during class or during your prep to talk to the tough students.  The Lokis, Gamoras, and Draxes of the world will NEVER ask for your help unless they believe you’re rooting for them.  I challenge you to CONVINCE THEM.

4 thoughts on “You Really Are The Worst, Brother.”

This site uses Akismet to reduce spam. Learn how your comment data is processed.